Are we past the top for now?

It are alwasys exiting time in the crypto space

There is lots FUD … people claim now we are past the top for now.
There is this interesting reseach from BCA … I think they make some good points. 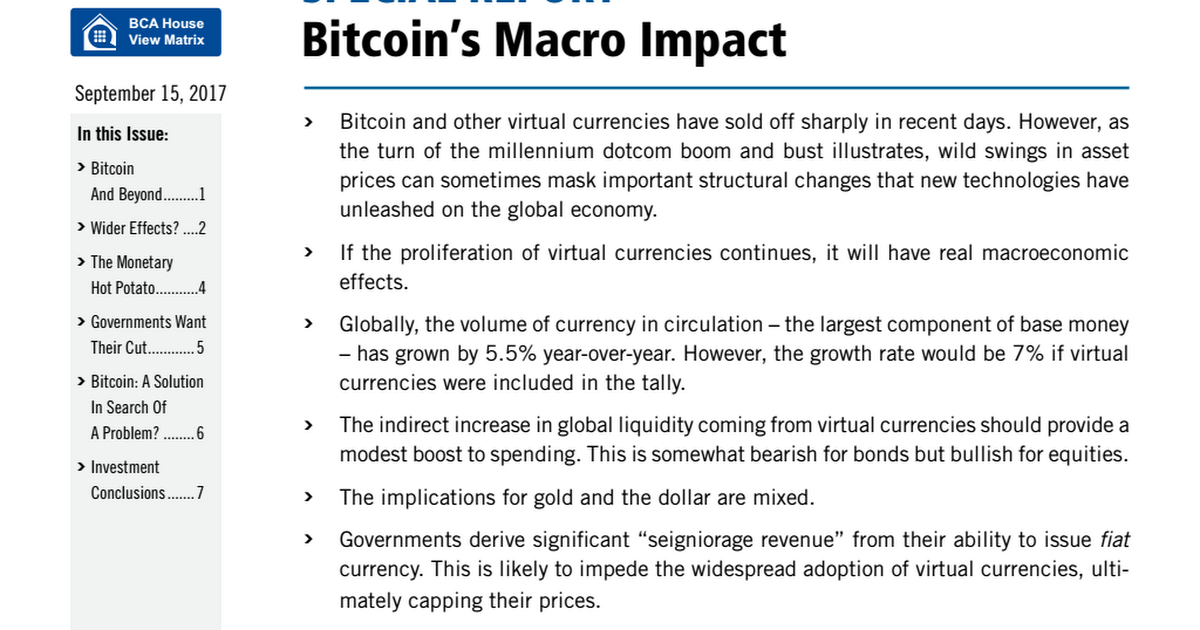 Personaly I belief we are still at the start and the big $$$ still needs to get into the market.
what do you think?

Thanks, good info. From my understanding Apple is holding about twice as much cash as the entire crypto currency market capitalization! There are many individual companies on the U.S. stock exchanges that have market caps that are multiples of the entire crypto market!!
Imagine what will happen to the prices of cryptos when the big money comes to the crypto currency market!
I try and keep a long term perspective and feel the blockchain is unstoppable. The amazing crypto space and technology will have a lot of FUD here and there, but those make great buying opportunities-that’s all!
When the internet came out, there was all kinds of FUD and misinformation and look at it today. I think this technology’s growth and adoption will be similar to the internet. We all have an unbelievable opportunity to get in early! I am buying and holding and super excited about our future

Correct me if I’ve misunderstood. Why crypto should have a positive effect in stock market? IMHO many investors are looking into cryptocurrency for fear of the return of a bear market in stocks

Large funds can hold crypto and give them a new push they haven’t seen in a while. When people talk about big money coming in to crypto it will be from these large funds that exist on the stock market. A big fund (lets call it fund A) might have several billion split between Amazon, Apple, gold, silver and more plus some IPOs, real-estate etc. so they add a few billion in crypto and it may only be 10% of that portfolio but gets the funds stock price a bump making it more attractive. Eventually some crypto meeting SEC regulations could be traded on the stock market as currency is or like gold, or even as a business as some of these ICO’s are securities and creating businesses.

Looking at the marketcap i can see this go to trillions before it will go into a big correction.

I think Bitcoin is in a bubbel … I think Bitcoin had it’s time in the spotlight but it kinda fucked up … an other BTC split is comming and this time there will be not an other boom for Bitcoin. The time has come for Bitcoin to step aside and for the world to understand that Bitcoin is not the only application for blockchain …

We call this the Flippening https://rolandkofler.github.io/flipper/

It is worth noting that a lot of the money if not the vast majority of the money contributing to the ICO boom is due newly minted to Bitcoin and Ethereum millionaires. These people will be used to the extreme volatility of the crypto market.

That being said it means that the height of the bitcoin bubble is not going to be in the same league as previous ones and we must look at the market cap of the whole space as the gains are shared across 1000’s of assets. To this point, this price rise is 10x the size of the last. It is simply impossible to create a correctly diversified portfolio exclusive to the cryptocurrency space. This is a single asset class. Saying that people are diversified because they own multiple cryptocurrencies is like saying that you are diversified because you hold stocks in multiple mining corporations. A regulatory change for miners affects them all, some more than others as each has operations in different local areas for different minerals. As such, the market should move as one entity, with some fluctuations between each asset. I just do not see ICO’s going to trillions of dollars in market cap before a major correction/shakedown until the regulatory risks and uncertainty are appeased.

The tech bubble circa 2000 was in the trillions before the crash. However, remember that was all above board and within the traditional global markets allowing anyone and everyone to invest with the full confidence that they would not be hit with a regulatory burden in the future. When the crypto space has the blessing of these incumbent institutions, the whole market could very easily go to the trillions. Whether or not they will get the blessing, I am uncertain. What is certain is that the Americans are closely watching the Chinese, as they appear to be making the first move. What they may and probably will end up doing is the opposite of the Chinese, China bans them America opens the door to take advantage of the technology while at the same time trying to undermine the Chinese economy. I can see them doing this, however it would be a very risky move for them, as it would also mean undermining their own fiat economy.

It would be a wise move, though. One of the lessons we’ve learned about exponential technologies over the past few decades is that you’ve got to disrupt yourself, make your own previous advances obsolete, or face becoming obsolete altogether. Blockchain is a better way to organize an economy. We need to embrace decentralization while at the same time trying figure out how to regulate so it fits into our collective ideas of fairness and justice. Hard to do since regulation can often incentivize centralization. We, the people who believe that decentralization of our economy can be a huge boon to humanity, need to be smart about how we approach the regulation of blockchain technology in this next crucial decade.