Read the page from Binance Academy on Dusting Attacks. Answer the questions and post your answers below: 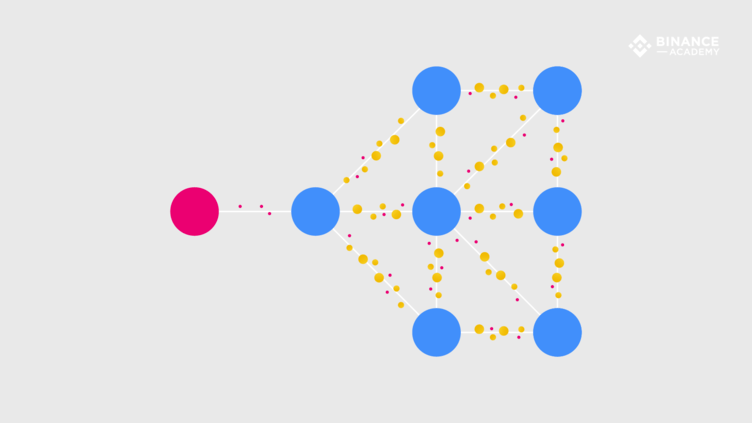 What Is a Dusting Attack? | Binance Academy

Have you received a small amount of unsolicited cryptocurrency into your wallet? You may be a victim of a Dusting Attack. Learn about dusting attacks.

3.No, The best way to protect against such activity is to use the strategy advised by Samurai Wallet,
which provided the users with a “do not spend” feature. This allows the user to mark small, unknown
deposits in their wallet in order to never use this UTXO for further transactions.

Dusting attacks are mainly targeted at private wallet holders. Therefore, it’s essential to keep track of
incoming funds, and it’s always a good idea to use a wallet address only once, which provides further
protection. Other security measures may include installing a
private network, or VPN, along with a trustworthy antivirus on all of the devices that are used to
access crypto, as well as encrypting wallets and storing keys inside encrypted folders.

4.The Samurai Wallet for example, has a “Do not spend” feature. This allows the user to mark
unknown small deposits on his wallet in order to never use this UTXO for further transactions.This
feature is a reaction of the developers of the Samurai Wallet, who already noticed at the end of
October 2018 that many users of their Wallet had become victims of such Dusting attacks.

The goal of a dusting attack is to de-anonymize the privacy of a user or firm by sending small amounts of cryptocurrency to multiple addresses.

No because the dusted funds sent to your wallet will still be trackable one you use them in another transaction.

They added a feature where they notify you of suspicious activity.

#3: changing addresses won’t help against dusting, because your addresses can be connected by linking the dust?

I see the error i got confused from this part:

Ideally, a brand new Bitcoin address should be created for every new receiving transaction or payment request as a way to preserve users privacy.

@Grant_Hawkins I think I’ve been victim of dusting attacks on EOS, see my wallet… because EOS is kinda stupid as it doesn’t allow to create an account for free, I used a service claiming to pay for the RAM to create one, so it was a “free” service offered by MEET ONE so I ended up creating my “vanity” address with them, check it out: https://bloks.io/account/firepolswiss

The problem is that since then I receive (mostly in Chinese) spam marked as “news” and I don’t know how to block it. Sometimes some airdrops of shitcoins with no value, so just dust.

So I think that this address is compromised (I consider this a test wallet anyway) and I may create a new one, less vanity, some random string to give me better privacy I guess.

1. What is the goal of a dusting attack?

The goal is to identify the person or the company behind a specific wallet.

2. If a dusting attack is successful, how is the victim at risk?

Scammers can do elaborated phishing attacks and cyber-extortions.

No, because when a user spends funds there is (usually) no way to prevent it from using those dust funds. Some wallets (see Samourai wallet) allow to freeze those funds.

4. What features did Samourai Wallet add to protect against dusting attacks?

Samourai Wallet sends an alert to their users on suspicious or dust transactions, they also implemented a “do not spend” feature to allow users to mark those suspicious funds and prevent them from using them.

1.goal is to deanonymize a bitcoin user by linking several adress together
2.victim will then become target of ransom ware or phishing expeditions
3.not especially
4.samura wallet has a do not spend feature for amounts of btc, making it more difficult to track

So I think that this address is compromised (I consider this a test wallet anyway) and I may create a new one, less vanity, some random string to give me better privacy I guess.

Interesting, I did have a look.

If there’s a risk here, I don’t think it’s a ‘dusting attack’ per se. The goal of a dusting attack is to connect an outbound transaction to multiple input addresses. If you’ve only got one address here, your inputs and outputs are connected by default

Also, dust has to be in a currency that you use, so that you might use the dust as an input UTXO ‘by accident’. If someone sends you a shitcoin, there’s no risk of ‘accidentally’ including the shitcoin in an tx of a different currency.